Mr. Sathya Balachander is a 6th year Ph.D. student in the School of Biological Sciences. His research focuses on studying the factors that are responsible for targeting ribonucleotides in DNA, to elucidate their function and explore the consequences of ribonucleotides in DNA. He earned an M.S. in Biomedical Engineering from University of California, Irvine a B.S. in Biotechnology from SASTRA University, India. He has been involved in Graduate Student Government Association serving as a senator, Vice President for Communications, and now as the Chief of Staff. Outside of research, Sathya is passionate about advocacy and action, having served as organizer for the March of Science Atlanta, As a Sam Nunn Security Fellow, he hopes to use his scientific knowledge and experience in grassroots level organizations to learn more on developing science and technology policies for a better sustainable society, both locally and globally. 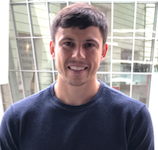 Mr. Nicholas Gross is a 4th year Ph.D. student in the School of Electrical and Computer Engineering. He earned his B.S. in Electrical Engineering from the University of Colorado and his M.S. in Electrical and Computer Engineering from Georgia Tech. His current research focuses on the development of remote sensing techniques, in the very-low frequency radio range, for characterizing the Earth-ionosphere waveguide. He also mentors undergraduate students in the Georgia Tech Opportunity Research Scholars (ORS) program who are developing an autonomous radio receiver for the Georgia Tech Low-Frequency Lab. Nicholas joined the Sam Nunn Security Program rogram with an interest in strengthening civilian wireless communication and navigation systems, with an emphasis on increasing their resilience to natural disasters and nefarious actions. 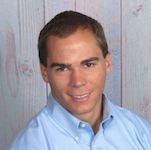 Mr. Shane Jacobeen is a 4th year Ph.D. student in the School of Physics at Georgia Tech. He earned his B.S. in physics in 2014 from Lebanon Valley College and an M.S. in physics from Georgia Tech in 2015. His research is aimed at understanding the physics that arises during—and controls—the evolution of nascent multicellularity. In addition to improving our knowledge of the evolutionary history of life on earth, this interdisciplinary collaboration has implications for elucidating the relationship between physical constraints and evolutionary trajectories, which could inform our search for extraterrestrial life. As a Sam Nunn Security Fellow, Shane hopes to gain experience in effectively translating his technical background to world of policymaking while exploring the relationship between policy and science.

Mr. Christopher Long is a 3rd year Ph.D. student in the School of History and Sociology. He received his B.A. in History from Rhode Island College in 2007 and M.S. in History and Sociology from Georgia Tech in 2017. He previously worked at Georgia State University as Technology Coordinator for the Chemistry Department. His current research interests include intelligence, surveillance, and reconnaissance satellite programs during the Cold War era and how the interplay of domestic surveillance programs and public consent weighs on the effectiveness of counterintelligence activity. As a Sam Nunn Security Fellow, he hopes to broaden his insight into ways policy, public concern, and technology can be better harmonized to bolster national security via counterintelligence.

Mr. Colton Moran is a 4th year Ph.D. student in Chemical and Biomolecular Engineering at Georgia Tech. He earned a B.S. in Chemical Engineering at Ohio University (OU). Colton’s research focuses on the generation, characterization, and application of nanoporous materials for gas adsorption. While at Ohio University and Georgia Tech, he has been active in multiple organizations and currently holds leadership roles at Tech serving on the Graduate Student Engineering Advisory Council and as a group leader, through a program called Grad Groups, for incoming graduate students. As a Sam Nunn Security Fellow, Colton hopes to gain a deeper understanding of how policy is influenced and how he can bridge the gap between specialized scientific research and highly informed policy implementation made by leaders in the field of science and technology.

Mr. Federico Pulvirenti is a 5th year Ph.D. student in the School of Chemistry and Biochemistry at Georgia Tech. He graduated cum laude from the Polytechnic Institute of Milan, Italy in 2013 with a M.S. in Materials Engineering and Nanotechnology. He is currently investigating interfaces in opto-electronic devices including lead halide perovskite solar cells in collaboration with the University of Oxford, United Kingdom and Humboldt-Universität zu Berlin, Germany. Since 2015 Federico has been a Fellow in the Leadership Education and Development Program at Georgia Tech, assisting undergraduate students in reaching their professional goals and training graduate students and members of staff to become successful leadership coaches. As a Sam Nunn Security Fellow, Federico is interested in understanding the role opto-electronic devices can play in disaster relief and post-conflict development.

Mr. Tejas Puranik is a 5th year Ph.D. student in the School of Aerospace Engineering at Georgia Tech. He graduated with Honors from the Indian Institute of Technology, Mumbai with a B.S. in Aerospace Engineering (2013) and earned an M.S in Aerospace Engineering from Georgia Tech (2016). His dissertation focuses on enhancing the safety of General Aviation operations through a synthesis of aircraft performance models, flight data, and machine learning techniques. Tejas has previously worked as an intern at Gulfstream Aerospace Corporation in their verification and validation group and at the Federal Aviation Administration (FAA) on terminal area safety research. As a Sam Nunn Fellow, Tejas hopes to explore the relationships between technological advancements, public policy, and their impacts on the safety and security of the National Airspace System.

Ms. Rana Shabb is a 3rd year Ph.D. student in the Sam Nunn School of International Affairs. She earned a B.A. in Quantitative Economics and International Relations from Tufts University and a Master of Science in Foreign Service from Georgetown University. Prior to Georgia Tech, Rana worked as a researcher in Washington D.C. at the Washington Institute for Near East Policy, focusing on Arab politics. She also worked with the Carter Center in Atlanta on conflict resolution and democracy promotion interventions in the Middle East (including Syria, the occupied Palestinian territory, Sudan, and Libya). Her research interests are in the area of international development, specifically focusing on the connection between the private sector and conflict longevity and peace. 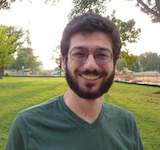 Mr. Michael Tennenbaum is a 6th year Ph.D. student in the School of Physics. He holds a MS in physics from Georgia Tech and a B.S. in physics from the University of California, Merced. He currently works in the Soft Condensed Matter Lab studying the rheology of active systems using fire ant aggregations as a model system. As a SNSP fellow, Michael is interested in developing an understanding of how emergent technologies and the increasing speed of development intersect and affect national security.

Ms. Alaina Totten is a 3rd year Ph.D. student in the School of Economics at Georgia Tech. She earned a B.S. in Economics at Georgia College & State University where she was a Valedictorian and selected as the Outstanding Economics Major. Her current research focuses on homelessness in Georgia with special interest in understanding demographics and underlying factors of persistent homelessness. Future research will measure and analyze system performance in an effort to optimize care and minimize homelessness. With the help of the Sam Nunn Security Program, she hopes to extend her research to transient refugees. She is also interested in information security and hopes to blend these interests over time.

Ms. Holly Dragoo is a Research Associate in the Threat Intelligence Branch of the Cyber Information Protection and Hardware Evaluation Research (CIPHER) Laboratory at GTRI. In years prior, Ms. Dragoo conducted strategic policy research for the James Martin Center for Non-proliferation Studies (CNS), served at the intergovernmental Organization for the Prohibition of Chemical Weapons (OPCW), and spent 13 years with the Department of Defense with various interests such as foreign weapons development, cyber threat analysis, and network topology reconstruction. Ms. Dragoo holds a B.S. in Political Science from Portland State University and an M.A. in International Policy Studies from the Middlebury Institute of International Studies (MIIS) at Monterey, with a certificate in non-proliferation studies. Her current research interests center on how best to equip nuclear command and control decision-makers to respond to cybersecurity events in the political realm; and more generally, the intersection of cybersecurity, military operations, privacy and foreign policy.

Dr. Judy Kruger is a Senior Advisor in the Applied Science Evaluation Branch in the Division of State and Local Readiness, Office of Public Health Preparedness and Response at the Centers for Disease Control and Prevention. She oversees preparedness programs for partner at all levels of government and supports collaboration with community organizations to increase preparedness in general. Her responsibilities include providing policy and operational guidance, translational research advice and technical expertise to help inform priorities and establish quantifiable actions. She received her PhD from the University of Illinois at Chicago, School of Public Health. She was an Emerging Leaders in Biosecurity Fellow with the UMPC Center for Health Security in 2015 and completed the Leadership Government Program at the Atlanta Federal Executive Board in 2017. She has served as an advisory committee member for the National Health Security Health Index. Judy’s policy research interests focus on improving national capabilities to radiation emergency preparedness and response. 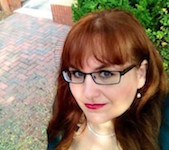 Working at the intersection of science and security, Prof. Kosal’s research explores the relationships among technology, strategy, and governance. Her work aims to understand and explain the role of technology and technological diffusion for national security at strategic and operational levels. The long-term goals of her work are to understand the underlying drivers of technological innovation and how technology affects national security and modern warfare.

Formally trained as an experimental scientist, Kosal earned a doctoral degree in Chemistry from the University of Illinois at Urbana-Champaign (UIUC) working on biomimetic and nano-structured materials. She is also the co-founder of a sensor company, where she led research on biological, chemical, and explosive detection and spearheaded efforts toward the real-world applications of the technology. Kosal recently returned to the Nunn School after serving as a senior advisor to the Chief of Staff of the US Army as part of his inaugural Strategic Studies Group (SSG). She also previously served as Science and Technology Advisor within the Office of the Secretary of Defense (OSD) and as an Associate to the National Intelligence Council (NIC). She was selected as a Senior Adjunct Scholar to the Modern War Institute at West Point for the 2016-2017 academic year. Kosal is the author of Nanotechnology for Chemical and Biological Defense (Springer Academic Publishers, 2009), which explores scenarios and strategies regarding the benefits and potential proliferation threats of nanotechnology and other emerging sciences for national security. Beginning in 2017, she was appointed Editor-in-Chief of the journal Politics and the Life Sciences.